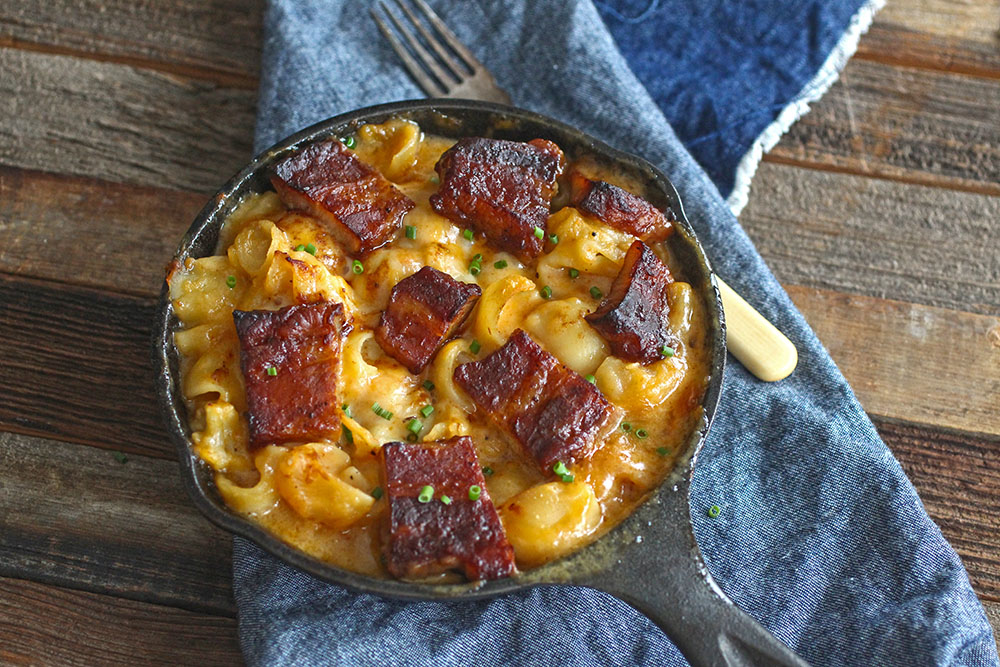 I’ve been blogging here for 13 years and pork belly mac and cheese was one of the first original recipes I ever made. It was so long ago that the pictures were pretty bad and the recipe was kind of a mess. I decided to celebrate 13 years that I would re-do this recipe and update it to my new style. Instead of making a crazy homemade BBQ sauce I doctored up a store bought version, and instead of shredding up the meat into the pasta, I served it with whole chunks on top. I streamed this recipe and you can watch it below! The pork is ready for the oven in a pool of bbq sauce. After it cooks and cools I chopped it up. I added the sauce to the pasta, and then topped it with the pork. After it came out of the oven it was bubbly, brown, and absolutely amazing looking. The pork was so tender in spots but also chewy in others and was the perfect pairing for the creamy pasta. The gruyere and BBQ in the sauce adds an amazing flavor and the diced onions finishes it with a sharpness. So good!