Normally I am not the type of blogger who does things ahead of time. I tend to cook as things happen and post them after the fact. Most of my blogger friends cook Thanksgiving dinner a few weeks before Thanksgiving so they can post the recipes. My style is more, “This is what I made, make it next year or something, deal with it”. Well guess what? I was a good blogger this week and made some Valentine stuff just in time to show you guys early! I have been wanting to make fortune cookies for awhile, and I thought Valentine’s Day would be a perfect time. Without a job or a “special someone” myself, I didn’t really have any reason to make them! I recruited my sister and mom to take some to school and work. I also made a few for a get together this Friday night. 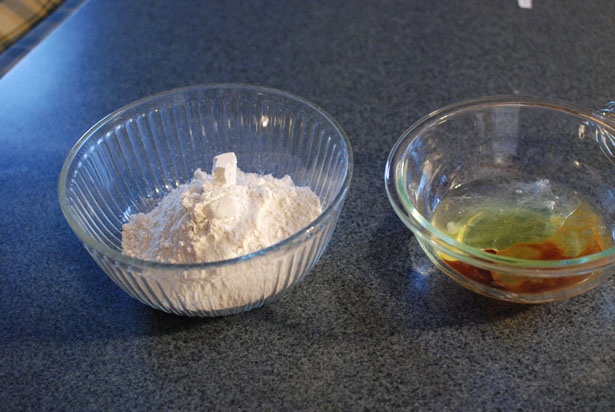 The wet and dry ingredients.

I love the viscosity of the final batter. 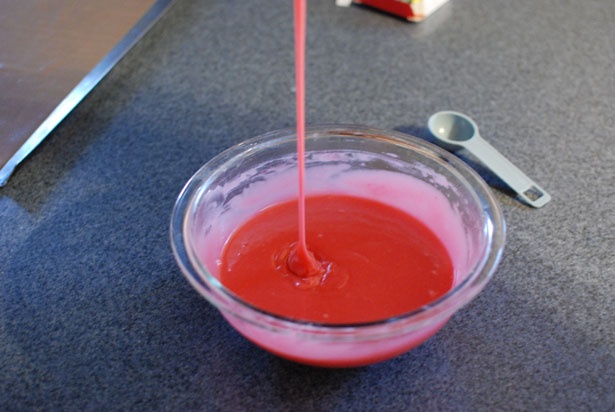 You need to tilt the pan around to spread out the batter. 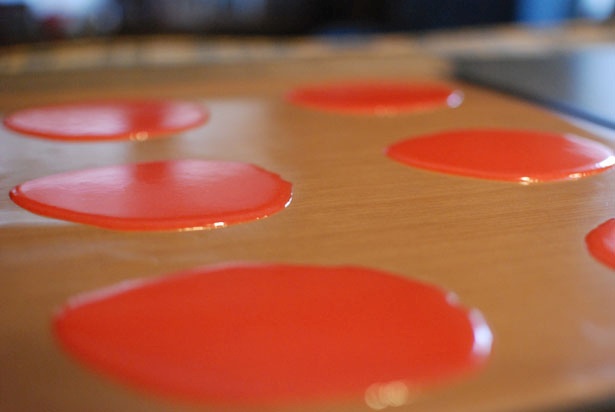 It is best to let them cool in a muffin tin so they don’t lose their shape. Does ANYONE out there get this??? Or am I too much of a TV/Comedy nerd for my own good? My Mom went gaudy with the chocolate drizzle, but that’s what she wanted. Joanna and I took a more classy route 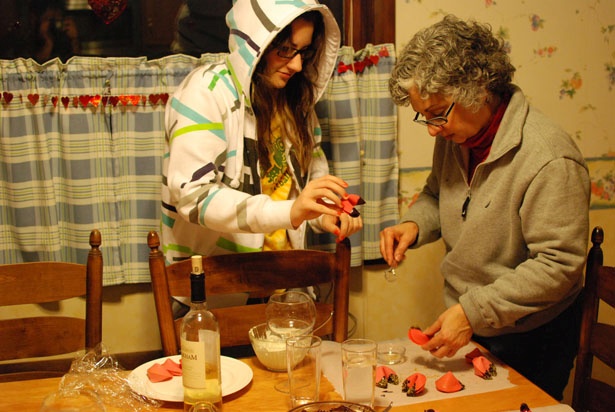 This looks nice… So who wants to be my Valentine? It was a lot of fun making these, and they taste awesome! Just like fortune cookies, but much better, being fresh and all. We had a few issues though. First was timing. With the food coloring, it was hard to tell when the edges browned, so it was hard to tell when they were ready. Some of the cookies were undercooked, so after folding them, I just put them back in the oven for about 3 minutes(right in the muffin tin!). They were soft when taking them out of the oven, but crisped right up in 5 minutes. The second issue was trying to figure out how thin to make them. The answer was medium thinness. This might not help you guys, but that’s my only advice. Third is volume. Her recipe does not make 24. We TRIPLED IT and ended up with like 30 cookies. (This accounts for some messups). I was spooning out with a tablespoon measure as she said to do but it still made much less than advertised.

All in all though, they were pretty easy to make if you have a helper or helpers. The recipe is here.