Potato salad is not really my thing. As with anything that “isn’t my thing”, I like to try and think about what makes up the dish, what the reasons are that I might not like it, and how to make it better for my personal tastes. My main complaints with your common potato salad is that it’s bland, has too much mayo, and has super large chunks of potato. This spicy and slightly Vietnameese inspired take on the American classic was none of these things. 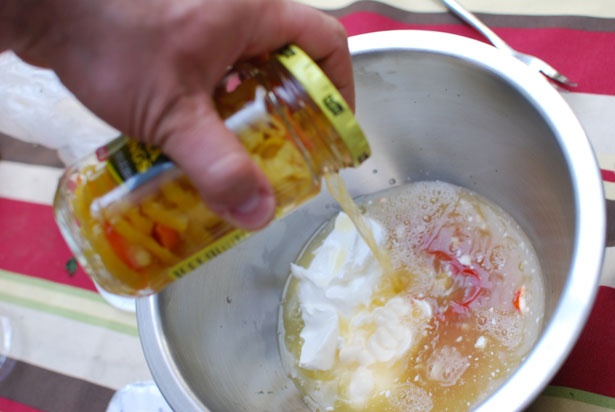 A nice half mash – half chunk consistency.