"You better not show your face in New York again without making some sort of mac and cheese". I love a good threat, and just to be safe, I made two. The cool thing was that even though these two pastas had the same base sauce, they tasted vastly different. At the end of the night we voted on which one was better, the mac and cheese that was based on a bacon-blue burger, or the one with tomato basil and balsamic. It was almost a sure thing that all the girls said tomato-basil, and all the guys said bacon-blue. I guess you could also call these "his and hers" mac and cheeses. Nick doesn't have a grater, so I had to just chop all the cheese. You guys know the mac and cheese deal. Make a roux, add the milk, let it thicken, add the cheese. There was a lot going on here. Due to a lack of mixing bowls, pots, baking dishes and other various cooking tools of this nature, the ingredients went into their assigned pans as they were ready. 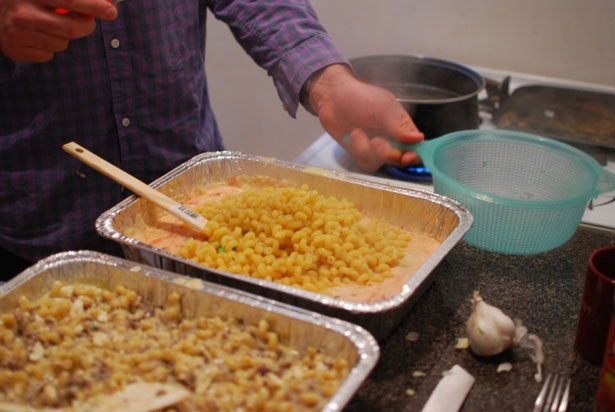 You can see that I have changed into my party shirt. That's how you know that it's party time. 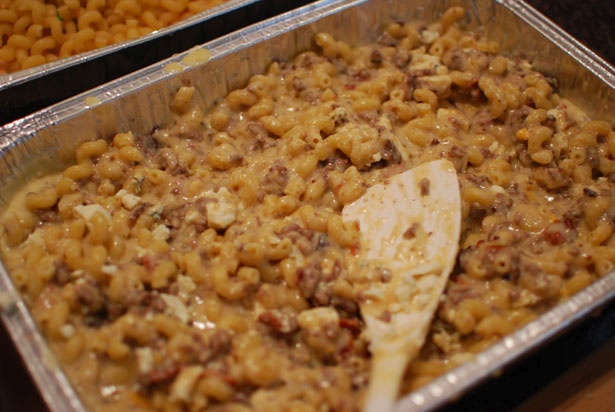 At this point, it kinda reminded me of hamburger helper. Just a way better version. 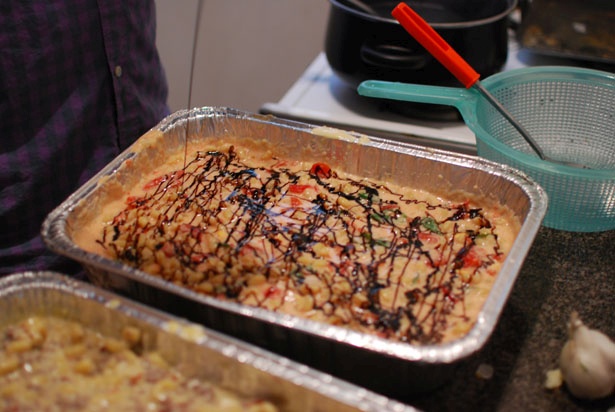 It almost forms a crust as it bakes. Very tasty. But for the guys, it was the bacon-blue all the way.  One guy might have eaten a pound of this himself. I wanted to crawl inside and just sort of exist within the mac as it exists within me. Too much?  A new friend brought some candy for dessert and all was right with the world.