We needed cocktails for our arrested development party, so we devised some clever drinks inspired by our favorite moments and characters from the show. I had a lot of fun all week with these posts, and I hope you guys enjoyed reading them as much as I liked writing them! Without further ado, the drinks. Instead of eating the toast on the side of the vodka, why not just put it into the drink? Just make some toast and crumble it into breadcrumbs. 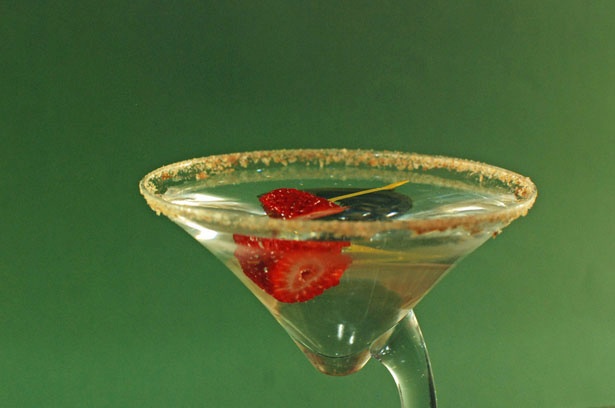 Then make a martini and rim the martini glass with the toast. Toss in a strawberry for good measure.

This drink is a "relative" masterpiece of complex eroticism. 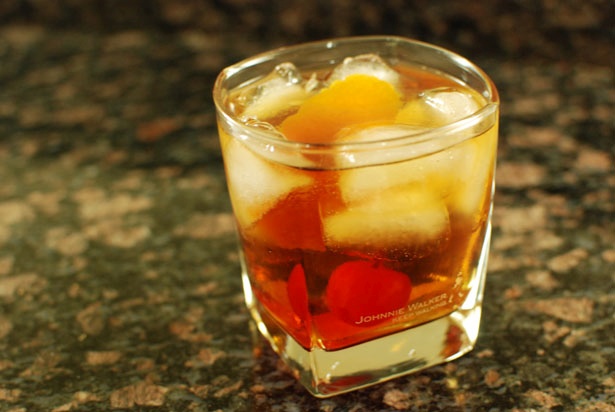 Basically it's an old fashioned(Sugar, bitters, whisky, citrus, cherry), but instead of just whisky, I used two related whiskeys, a bourbon, and a rye. Buster loves his juice, and with this cocktail, you will too. 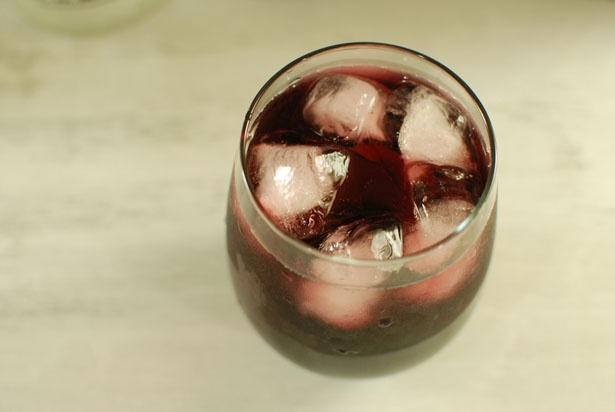 I just Blue Myself Another simple one. Get one of those weird blue bar mixes from the liquor store. I'm not the biggest fan of these normally, but there was no other way to get this drink to be the right color. Then just mix it with some vodka, a splash of lemon, and blueberries. This was the one fail of the night. We all thought it was gonna be amazing, but the issue was the weird chemicals in the crappy ice cream sandwiches made the texture all funky(not "funke"). If I ever made these again, I would just do a few ice cream sandwiches, and then add a few scoops of cookies and cream, then the booze. The George Sr. was so aggressively weird that it put Kim out of commission for about a half hour!
Which one do you think you would like best?