Ever since the first time I went to Coppa, I have been mesmerized by Jamie Bissonnette’s cooking. Even though Toro is more well known and even has expanded to NYC, Coppa will always be my choice for favorite restaurant in Boston. I can still describe in detail each and every visit which is pretty rare for me when it comes to restaurant experiences. I remember the first time I was there I caught a glimpse of Jamie in the kitchen. At that time I didn’t know who he was, but all the servers were running over to him as he was passing out samples of what I am assuming was some delicious cured meat newly unearthed from its resting spot. As much as the meats and pastas stood out to me that night, I remember being really into the mustarda sauce that accompanied a few of my dishes. I wanted to try and make it at home, but I never really found a recipe that I thought was right. So here we are many years later, and I have a recipe for that very same mustarda! Jamie’s cookbook came out last week and I am so excited to cook pretty much everything in it. It feels like this book was written for me and people just like me. I am very strong in the kitchen and I know what I am doing really well, but when it comes to charcuterie, I get a little lost and overwhelmed. I have always wanted to venture more into that relm, and even have on a few occasions, but when I do research, many recipes feel fussy or outdated. This book feels like now. The recipes speak to me and tell me how to do things in a very matter of fact way. They also feel casual and like I can riff off them and not be worried about messing everything up. They arent all these big curing projects that take months, they are approachable and doable in a much shorter amount of time! To start with, even though the lemongrass and green curry sausages are right up my alley and looked crazy delicious, I wanted to go with the true spirit of the book and take myself a little outside of my comfort zone with a tasty rabbit and beer pate. The pictures made the dish look absolutely stunning (Nod to Ken Goodman, who also did the photos in my cookbook!) and I couldn’t wait to try it! I went out to source my rabbit and got to work. OK! So the recipe calls for rabbit kidney, but I could only get pork kidney so that is what I used. Also, have you guys ever butchered a rabbit? Cause its KIND OF A BITCH. Just bones everywhere. So many little bones. I've broken down a lot of animals including a whole deer, but this thing stumped me. Anyways, finally got all the meats diced and in a bowl. Meanwhile I also started on that mustarda sauce I was raving about earlier. The fruit gets boiled in a simple syrup. 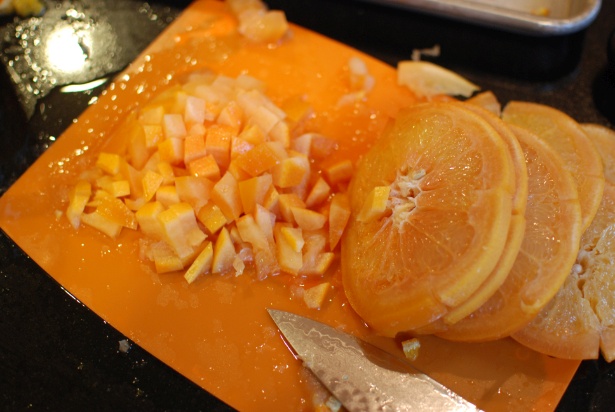 First you candy the fruits, then you chop them up and return them to the pot. The meats marinade in some cider for a day. I know it is rabbit and beer pate, but my roommate is gluten free so I used a dry hopped cider so that she could enjoy this too. Jamie said it was ok! 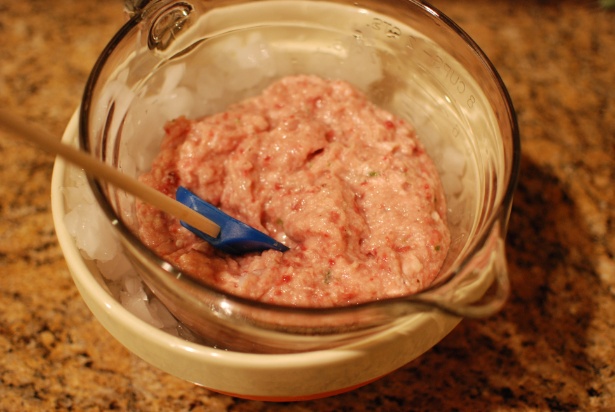 After the meats have soaked, it’s time to grind them. Keep everything nice and cold! The thyme sprigs that were in the marinade get put in the bottom of the pan before you add everything else. 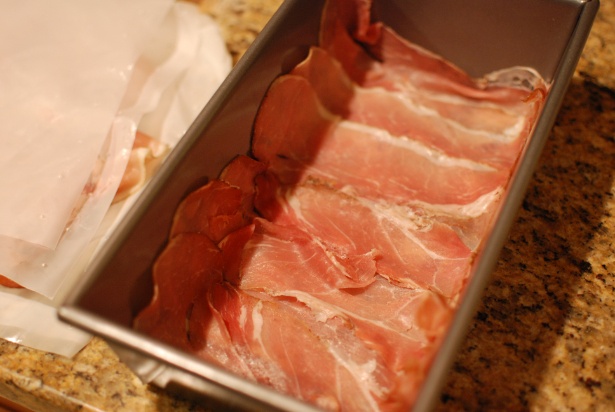 Line the thing with prociutto, then add the meat and wrap it up. After this cooked, it was a little oddly shaped, so I immedietly put another pan on top with a little weight while it was still very hot and put it into the fridge that way. Because of that, it became tight and uniform. 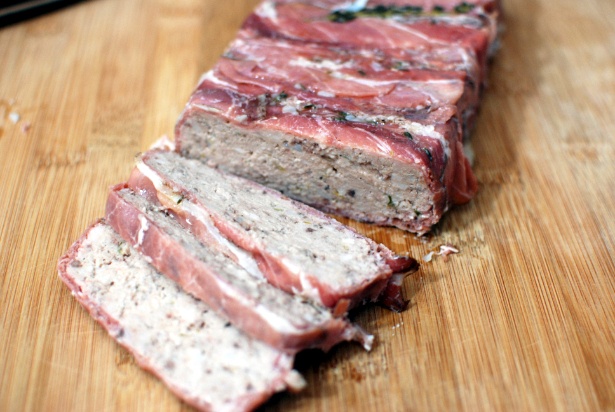 I managed to snap off this photo somehow before going to town on this. I ate at least 3 or 4 slabs before I started making the pretty plates. Again, shout out to Ken and also Jamie for the plating and photograpy on this book. I know my way around some food photos, but man was it hard for me to get appetizing shots of this. This was my first failed plating. 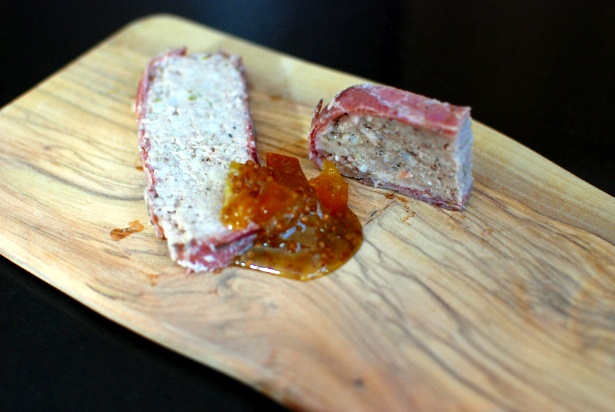 I settled on this one but I am still not thrilled with it. Regardless, this pate was amazing. The mustarda was the perfect compliment to it as well. I actually added a little vinegar to the mustarda just to have the acid cut through the creamy fattiness of the pate. Such a fun dish to put out when you have people over. Instead of grabbing some pepperoni for your next party, try making something like this and see what your guests think! That mustarda will always take me back to that first time at Coppa though. The recipe was a bit of work but it made a ton so I will be eating it for weeks to come! No recipe down here today. Go buy the book if you want to cook this!