My good friend and roommate had a birthday this past week, and she loves a good bloody casear. A caesar for those who don’t know, is a Canadian twist on a bloody mary that uses clamato instead of tomato juice, and usually has bacon, and no horseradish. I wanted to make her some ingredients for homemade caesars so she could drink better versions for a couple weeks at least. A bunch of fresh summer veggies and some clam juice in a big pot. 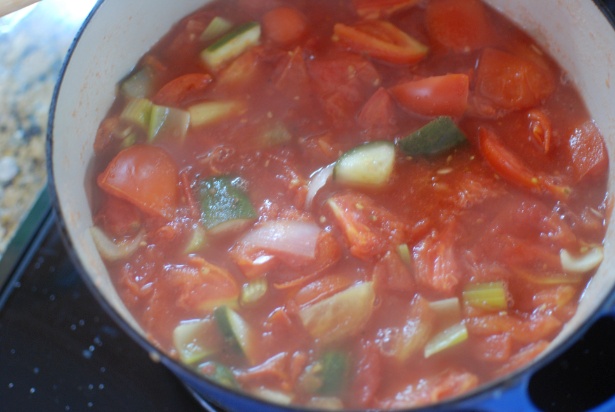 After you cook it for like an hour and a half, a lot of the liquid comes out. Strain it, chill it, and it’s ready to go!

For the bacon salt, just cook some bacon until it is a little more cooked than you probably would want it for breakfast. Dry it out really well and process it with some salt, paprika, and brown sugar. So good! This was a really fun birthday gift for my friend and it lasted her a couple weeks. (There was more than just that one bottle of clamato) The bacon salt was so good on the rim of this drink! But I also sprinkled it on some eggs, popcorn, pizza, and pretty much everything I ate that week. And pickled green beans make you wonder what you were every even thinking with that lame celery stick. 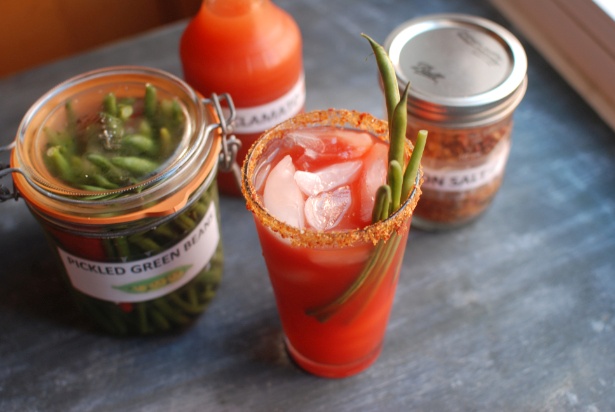